Binge eating is often prevalent in childhood obesity and food restriction can in some cases result in anorexia. Although anorexia and compulsive overeating are more prevalent among 8 to 11 year old children, there also some incidents of bulimia nervosa.

Eating disorders are especially dangerous in young children and many factors can contribute to their onset; biological predisposition, childhood abuse or trauma, as well as, societal pressure. Parents should carefully understand the warning signs of an eating disorder, as early intervention in the onset of an eating disorder is most probable to lead to long-term recovery.

At WeightMatters we understand the complexities of children living with an eating disorder. Our combined psychological and nutritional approach can support healthy physical and mental development, and allow children to find a healthy balance with food, eating and their body.

How We Work With Children & Eating Disorders

At WeightMatters we understand the difficulties of children living with an eating disorder, and the impact that the eating disorder can have on the daily functioning of the family.

Our multidisciplinary team of psychologists, a psychiatrist and a dietitian can support your child with their physical and mental development, and help them build a healthy relationship with food, eating and their body.

A two-hour initial assessment is carried out with one of our psychologists who specialises in working with children. The clinical assessment involves both the child and the parents so we can make an assessment, diagnosis and suggest an ongoing treatment plan for the child.

It is important to involve the parents so we can better understand what is happening in the family and its wider structure.

Working with our Dietitian

Our Dietitian can offer specific nutritional advice and interventions to support the child and the family in how to better manage eating disorder behaviours, and how to cope with the stress and anxiety around meal times.

At WeightMatters we also offer Family Therapy and Psychiatric Coaching with our consultant psychiatrist to further support the needs of the child and the family. The family is supported to understand and meet their child’s emotional needs, and make changes.

Book a call with our friendly assessment team

TELL US HOW WE CAN HELP YOU

Many times we have the feeling of not liking something about ourselves and our body shape; wishing you were taller, thinner or had a better skin. However, some people and particularly children and adolescents can become extremely preoccupied with such concerns that may have a negative effect on their daily functioning.

A child suffering from body disturbance may excessively focus on tiny defects and be scared of gaining weight, as well may miss school because they think other people will judge them for their flaws.

Often body image obsession in children is a manifestation of deeper themes and internal conflict of the child’s social development, that can be strongly influenced by family dynamics, peer pressure and cultural influences. Today, with children plugged into technology world from such an early age, they are bombarded with images that can strongly influence their self-worth.

It is very important for parents to be able to spot warning signs of body dissatisfaction in their children, as body image has been linked to the onset of eating disorders. Research shows that children develop eating disorders as early as in the age of 8 to 11 years old.

Body disturbance can cause shame and self-hatred for certain body parts and may lead to extremely restricted food-intake and dieting from a very young age. It is important to teach children how to build a healthy relationship with food and their body, in order to prevent the development of eating disorders, such as anorexia, bulimia or binge eating.

Treatment for Children with Eating Disorders

Here are some articles and blogs about children & eating disorders 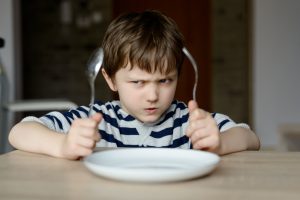 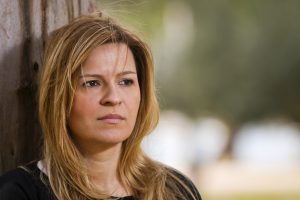 ARE YOU PUTTING YOU AND YOUR CHILD AT RISK? | PREGNANCY AND OBESITY