Is there a link between Irritable Bowel Syndrome and Eating Disorders?

Eating disorders are mainly characterised by deficient food intake, disordered eating behaviour, such as not eating during the day and bingeing at night, self-caused purging, laxative abuse and extreme consumption of caffeinated drinks. Such actions may induce digestive issues, as well as, gut sensitivity.

Studies have found that gastrointestinal consequences are seen in people suffering from eating disorders, the most common of which being Irritable Bowel Syndrome (IBS). Present evidence suggests that IBS usually appears after the development of an eating disorder. IBS symptoms include bloating, nausea, lower abdomen pain, constipation or diarrhoea, problems with swallowing food and heartburn. Such symptoms have been observed mostly in people with anorexia nervosa and bulimia nervosa as a result of malnutrition, nutrient deficiency, as well as, due to psychological problems usually accompanying eating disorders, such as anxiety and obsessive-compulsive features. Evidence also shows that the more severe the psychological issues, the worse the IBS symptoms. Therefore, since disordered eating behaviour is highly correlated with gut dysfunction, this together with psychological comorbid issues may lead to long-lasting IBS.

The development of IBS in people suffering from eating disorders may delay their recovery from the illness, causing trouble with weight restoration and refeeding, thus leading to the persistence of the disordered behaviour. Hence, it is very important that people suffering from eating issues should be provided with the appropriate nutritional therapy, as well as psychological therapy, in order to gradually start following a balanced diet that fits with their body and health demands. IBS symptoms can be reduced with consuming a balanced diet, the restoration of normal body weight and eating at the right time intervals. This could make the recovery process easier for people with eating disorders. 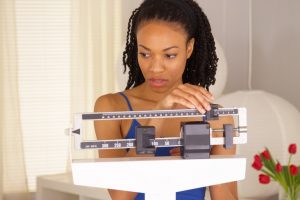