What is Bulimia Nervosa?

Bulimia nervosa is a condition that is characterized by the bingeing of food, followed by an immediate attempt to purge the food from the body because of a fear of gaining weight.

During the binge stage, people with bulimia will eat large amounts of food in a very short amount of time. Purging can include vomiting, the use of laxatives or diuretics, and excessive exercise.

People with bulimia may engage in a cycle of strict dieting, intense hunger, binge eating, purging to avoid gaining weight, shame and disgust, and the return to a strict diet as a result of body dissatisfaction. Characteristics of someone with bulimia nervosa include disordered perception of weight or shape, unusually obsessive eating behaviors, depression, and isolation from peers or family. People with bulimia may schedule their day around binge and purging episodes.

People with bulimia have negative attitudes towards their body and suffer with extreme body dissatisfaction. Bulimia nervosa is a disorder that can be associated with low self-esteem, alcohol misuse, depression and self-harm. People with bulimia feel ashamed of their behavior and may feel guilty, however, the fear of gaining weight perpetuates their continued disordered behavior.

Bulimia nervosa is a vicious cycle of guilt and low self worth, and it is important to get treatment and seek help.

Have you experienced any of these thoughts and feelings?

You struggle daily with low self-worth which is significantly influenced by your weight and body shape. This may have led you to controlling your food intake, or implementing strict dieting rules in an attempt to manage your weight. These rigid rules create feelings of deprivation and hunger, resulting in episodes of binge eating, The bingeing can feel out of control, as eating is fast and takes place in secret.

You temporarily allow yourself the freedom to eat all the foods that have been banned, these often being high in fat and sugar. After the momentary relief and enjoyment from eating, guilt and shame may quickly descend, as you compensate through purging, (vomiting, laxatives, diuretics) or non-purging compensatory mechanisms such as starvation or over-exercise.

Although initially, this cycle is often triggered by restrictive eating or dieting, it can rapidly becomes a coping strategy for emotional distress.

When trapped in the cycle of bulimia, you may experience some of the following symptoms:

You may be concerned about a friend or loved one. Here are some warning signs that may suggest they are struggling with bulimia:

Book a call with our friendly assessment team

TELL US HOW WE CAN HELP YOU

The focus of our bulimia treatment programme is to support you in developing new coping mechanisms to deal with life’s ups and downs, so you no longer need to turn to bingeing and purging as a way of coping.

We will look at the triggers that cause you to binge eat, teach you new ways to manage your emotions away from food, and support you in developing new thinking styles to deal with life in a positive and empowering way.

We will explore themes from your past that may be keeping you trapped in the cycle of bulimia, working through any unresolved feelings that may be blocking you from living life in a free and happy way.

We invite you to explore our services for Bulimia Nervosa

Here are some articles and blogs about bulimia nervosa 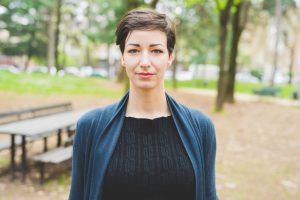 4 TIPS TO BREAK THE CYCLE OF SHAME IN BULIMIA

IRRITABLE BOWEL SYNDROME & EATING DISORDERS: IS THERE A CONNECTION?