Fat Is Not the Problem—Fat Stigma Is?

By now you have probably heard of body positivity on social media, this movement is emphasised to be about self-love and accepting your body. However, the movement has been criticised for having some limitations around body size, shape and skin colour. The political roots of this movement stem from fat acceptance. The fat acceptance movement aims to make our society’s body culture more inclusive and diverse. The western society has a tendency to criticise and fear fat bodies, which has created a stigma around overweight bodies. Research suggests that this stigma has lead to discrimination towards overweight individuals in the workplace, in the hiring processes and medical treatment.

Psychological Consequences Of Being Overweight In The Western Society

The western society idealises thin and youthful bodies, and overweight bodies are perceived as unattractive and unhealthy. Individuals with larger bodies might therefore experience low self-esteem, anxiety, depression and eating disorders. Research has shown that low self-esteem is associated with a misperceived overweight figure.

Often overweight individuals may learn that their bodies are the problem, as being overweight is perceived unhealthy by the society.  However, advocates of the fat acceptance movement emphasise that overweight bodies are not the problem, but the abuse from the society is.  When the focus is on health behaviours or weight, the attention moves away from the harmful problem, the systematic injustice, to the overweight individual. In other words, it is argued that social and economic conditions can have a bigger impact on the health of individuals than health behaviours such as physical activity and eating habits. The fat acceptance movement acknowledge that change in health behaviour is crucial to improve public health. Nevertheless, research indicates that social determinants, notably discrimination and social support, having access to health services and most importantly the quality of those services, and being able to get employed and maintain the job have a much larger impact on health than health behaviours.

Additional factors such as gender and requirements of the job position in the hiring process have been suggested to influence obesity discrimination. Interestingly, obese women were almost three times more likely to report discrimination than obese men particularly if the job position requires high visibility and physical demands.  Western beauty standards and sexual objectification of women can explain why women experience harsher assessments than men.

Besides being discriminated at the workplace, obese individuals often receive biased medical treatment. Research shows that the weight of patients had an impact on the physicians’ perspective on the patient and how they treated them. Notably, data shows that physicians spent less time with obese patients and viewed them more negatively than normal weight patients.

Overall, this shows that the society’s focus on weight and body might have a negative impact on overweight individuals as it stigmatises a group and enforces body shame.

How We Can Help

We offer counselling & psychotherapy for people who present with weight issues, disordered eating, negative body image and eating disorders. We also support clients who struggle with anxiety, depression or any aspect of mental health.

Our team have received special training on how to work with disordered eating, eating disorders, weight-related health conditions and body image issues.

We can support you with anxiety, depression and other psychological issues that are maintaining your eating behaviour, and other mental health conditions that you may be struggling with.

Here are some articles and blogs about weight loss

10 REASONS WHY METABOLIC BALANCE IS A SUCCESSFUL WEIGHT LOSS PROGRAMME 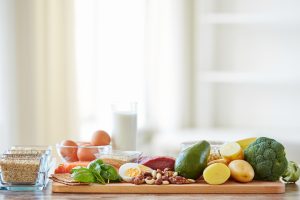