From working with clients struggling with obesity and weight issues since 2005, we understand that psychological factors play a huge part in how eating becomes disordered, weight increases and the complex web of obesity becomes maintained.

When you struggle with mental health, negative thinking, poor emotional management and low self-worth can develop into conditions like anxiety, depression or even an eating disorder. This often leads to emotional overeating, poor self-care and little interest in regular exercise.

Here are some psychological factors that maintain obesity:

Cognitive-behavioural strategies (CBT) can be very effective in helping you calm your eating, improve mood and give you a sense of feeling more in control.

Using a person-centred approach, CBT can help you develop skills to improve your emotional agility, so you can learn to manage and soothe emotions without food.

For some people this healthier mindset can drive a change in eating and exercise behaviour, resulting in healthy and steady weight loss.

When psychological factors run much deeper, and have influenced how our personality has been structured, a deeper psychotherapy is needed, that disconnects these early patterns.

This allows a new system to be developed, where you can manage stress, find balance with your eating and inhabit your body in a healthy way.

The rest of this page focusses on some of the deeper themes and psychological factors that shape obesity. Once formed, they become stuck.

Our treatment focusses on helping you break free from these patterns, and developing a new system of healthy self-management.

Families have their own rituals, behaviour patterns, beliefs and culture around eating. As children we consume this way of acting around food – it becomes our unconscious blueprint of how to be in relationship with food, eating, weight and meal times.

Some of these family imprints will be helpful and guiding, but for many obese individuals they are toxic and damaging. In the present day, the obese individual will be acting out these behaviours automatically, as they are so habitual.

They feel trapped and unable to change what is so entrenched in their make-up. With this negative ‘eating template’ navigating the social minefield of eating and drinking in life can feel overwhelming. Often it is easier to stay eating the way they have always done.

A balance of discipline, guidance and nurturing is optimal in supporting the healthy development of a child.

When there is too much discipline and control, manifesting as rigid and inflexible rules, the child will for a time adapt and do what they are told, but eventually they explode and rebel against the authority figure.

A child learns to rebel at an early age through food, and this is a normal part of development. Fussy eating and the refusal to eat certain foods, are ways of playing out and communicating their frustration.

Roll forwards a few years, and in an environment where a teenager feels suffocated by endless rules, their rebellion and emotional soothing comes from food.

‘You can’t control the way I eat’ can result in eating sweets and junk food, which make the child feel good. The child is often told off, maybe even told they are fat and useless by the parent figure.

In the present day, an obese person will have internalised the critical voice of the parent figure and the strict rules of their upbringing.

This results in futile attempts to go on strict diets, which are quickly broken, as the child within has already learnt to rebel against strict rules.

An inner dialogue of vicious criticism makes the obese individual feel useless and pathetic, and so they reach for food to soothe their pain, as they learnt to as a child.

Our earliest experiences of our body stay with us, and become the foundation blocks of how we see ourselves in the world.

Name calling by parents, bullying by vicious kids at school and moments where a child feels humiliated and embarrassed about their size all feed into an unhealthy and destructive body image.

Core beliefs about being fat, ugly and unattractive permeate and cut through time. In the present day, an obese individual will believe they are unlovable and unattractive because of how they look.

Futile attempts at dieting and weight loss do not match the underlying core beliefs of being fat and large, which often results in binge eating and self-sabotage.

Obesity can become a label that defines and confirms self-identity, and for some provides protection and a barrier from relationships and the world.

Losing weight challenges this, and even though an obese person may have a huge list of positive reasons for losing weight, deeper forces may be obstructing the thing they want the most.

Low self worth & shame

A child who experiences abuse, neglect, rejection or a lack of nurturing contact will be faced with intolerable emotions that they have no way of resolving.

In order to maintain contact with parents, who are needed by the child to survive in the world, a child will often accept blame for what has happened.

Their anger is directed within, and they start believing they are bad. Their feelings of anger, sadness, badness and fear combine into a deep-rooted feeling of shame. With this comes a sense of worthlessness.

Core beliefs of being bad and worthless will result in the manifestation of situations in life to prove and reinforce these early childhood decisions.

In the present day, obese individuals will find themselves entering destructive relationships where they continue to feel shamed. Their fear of conflict, and belief they are to blame, results in acquiescing to their partner.

The cycle of low self-worth and shame continue, and food is again used to soothe. Obesity can also be seen as a way of showing the world ‘I am worth nothing, stay away, because I am bad’.

When parents are busy with work, or they lack adequate parenting skills, or they struggle to cope with little money and a large family, the result can often feel like neglect to a child. They are not seen or heard, their emotional difficulties are not understood and they are left with a psychological hunger for attention.

Their emptiness for love, recognition and acceptance is filled with food. This hurt and rejection is often defended against with a need to please others and to be perfect. This is how a child will attempt to get their needs met, and maintain a relationship with their caregivers.

In the present day, an obese individual may be an overachiever who is a perfectionist at work and puts others’ needs before their own. Their needs are still not met, and food continues to fill the emptiness they feel within.

LET US HELP YOU FEEL BETTER

When we are faced with a traumatic event, the initial blast of shock is compounded with a tsunami of chaotic emotions. Death, rape, an accident, redundancy or health deterioration are life events which destabilise us. Life has thrown us a swerve ball that knocks us off our feet.

If we already use food as comfort, then in moments of trauma and shock we can easily lean on a known mechanism that makes us feel better.

An obese individual may have been unable to move through a healthy and normal process of grief. The longer they suppress their feelings, the more it feels as if an avalanche of emotions will engulf them if they start to work through things.

Food becomes a distractor, and a soother, often resulting in feelings of guilt and shame about eating, leaving the traumatic experienced unresolved.

Child abuse can come in different forms; sexual, physical, psychological, emotional. When there is abuse by an adult figure, a child will attempt to cope with their situation and soothe their emotional chaos. Food has positive associations – it tastes good, is seen as a treat and, unbeknown to the child, will change brain chemistry.

A child will learn to use food to numb pain and cut off from, or suppress, emotions. In the present day, food is still used to soothe difficult emotions, brought about by dysfunctional relationships, which are an echo of the blueprint laid down by the earlier abusive relationship.

Obesity and a larger physical size can become a protective physical barrier to make an individual unattractive to others, thus keeping them safe from unwanted attention. Eating remains as an unhealthy coping mechanism for dealing with overwhelming feelings

BOOK A CALL WITH OUR FRIENDLY ASSESSMENT TEAM

Choose a day and time that works for you.

Tell us what is going for you.

Let us explain how we can help.

The sections above describe some of the most common psychological factors that shape weight issues for our obese clients. It is essential to understand how and why you struggle with eating and your weight in the present day, and this comes from investigating what happened to you in the past.

With this awareness and understanding, we can support you in changing and updating the old patterns that are keeping you rooted in your weight dysfunction. Every obese individual is different, and you will have your own unique story that explains your struggle with food. For this reason the treatment and support we offer must be tailored to address your individual needs.

We have developed different psychological and nutritional services to support you in healing your mind and body. By addressing your nutrition, lifestyle and mindset, we can help you reach optimal wellness and develop a healthy relationship with food, eating and body image.

Please Book A Call with our experienced assessment team who will explain how our services can help you. Or complete the form below, and we will be in touch to arrange a convenient time to speak with you.

Here are some articles and blogs about psychological factors in obesity 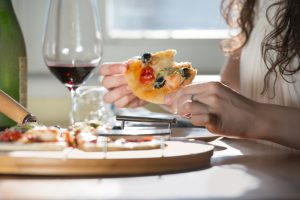 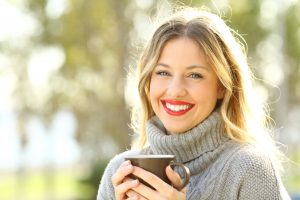