Are you worried about someone with an eating disorder?

Eating disorders can have a big impact on both the life of someone struggling with an eating disorder, and their family and friends. It is very important for carers to understand the core symptoms of eating disorders and how they could support their loved ones.

At WeightMatters we understand that this can be a hard and stressful experience, and so we provide you with the tools to be able to support the people you care about. Although professional treatment is essential, family and friends can also play an important role in recovery.

Caring For Someone With An Eating Disorder

Here are some suggestions on how to approach and support someone with an eating disorder.

Show them that you care, and talk to them

It is important to start a conversation when things are calm, and avoid situations which are stressful, for example when somebody is refusing to eat. Always be straightforward and honest about your concerns.

Avoid blaming or labelling them

We advise you not to force somebody with an eating disorder to admit that they have a problem. You could use phrases, such as ‘I understand what you are telling me, and I hope you are feeling ok. But I am concerned about what I have noticed’. Also, do not label them as ‘anorexic’ or bulimic’ but rather refer to the problem as anorexia or bulimia.

Refusal of the problem is a feature of the illness

It is important that you do not confront the individual, but rather recognise that this behaviour is part of the disorder. A therapist could advise you on how to approach the problem. You could suggest that they only have one therapy session to see how they feel without having to keep going on a regular basis.

Spend some time listening to them

People with eating disorders appreciate when their carers are willing to learn more about them without demanding that they should change.

Understand your limits as a friend or work partner

If your attempts to help the individual are repeatedly rejected, it is better to stop, however hard it might be. It is very difficult to convince your friend to change their behaviour, and that is why professional help is required.

Show them that they are worthy and unique

Many times when you do not like the eating problem, it can seem as if you hate the individual who is experiencing it. Since people with eating disorders struggle with low selfworth, focus on comments that acknowledge and recognise positive qualities in who they are as a person.

It takes time to gain their trust

People with eating disorders do not believe in their body and emotions, thus it may also be hard for them to develop a trustworthy relationship with their carers. It is important to understand that this absence of trust, both towards themselves, and towards other people, is a part of the eating disorder.

Recovery from eating disorders is a long process and it may last years. It is essential to learn that it is hard to predict the possible outcome of an eating disorder. Prognosis usually varies according to the age of the sufferer, the severity of their presentation, body weight and personality. Relapse might also occur and therapy is needed to prevent and manage the eating problem.

It is essential to not blame yourselves when your attempts to help are being rejected, and to ask for professional help in order to cope with the anxiety and fear that you may be experiencing.

Treatment for Support for Carers

We invite you to explore our Support for Carers services

Learn more about Support for Carers

Here are some articles and blogs about support for carers 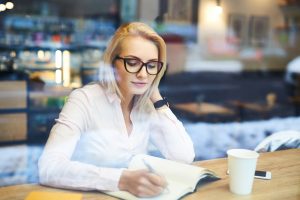 EATING DISORDER RECOVERY | A GUIDE TO BUILDING A HEALTHY ROUTINE 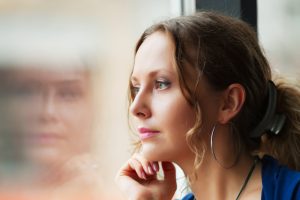